Today I attended the funeral of our friend, Jack Giddy. I wrote a blog post a few years ago about Jack who affected and influenced many lives. While listening to his eulogy today, I thought of his fruitful 92 years of life. Everyone chatted afterwards about his numerous accomplishments and achievements, and how no one knew all of them. A few may have been aware that he never spoke of his war experience. Some knew he trained the Sydney Swans from 1986-1990. Many laughed when they heard he was disappointed Mel Gibson chose Hollywood over professional running.😀  Most knew that Jack coached athletics, but not all were aware about his involvement in modern pentathlon, rugby league, swimming, beach sprinters and more. 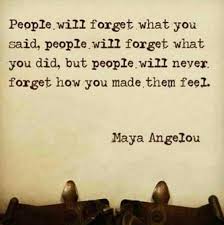 Highly respected, Jack was an utter gentleman who was widely loved. I remember talking to him once about telling his story and sharing his training knowledge. He said that someone once asked to write a book about him, but he never felt comfortable doing that. This disappointed me for his experience, knowledge and wisdom may eventually be lost. I compared how oral traditions are diluted with time with some facts and details forgotten. Yet today, people might not remember all that he did, but they remember how he made them feel.


Before Christmas, I went over to cut Jack’s hair, as he was unwell. He was so appreciative and grateful, I actually felt a little embarrassed. He complimented me on the haircut and said that my husband, Andrew was so fortunate to have me in his life. Jack and his wife, Snow always made you feel special and loved. Snow rang me later that day to tell me that Jack enjoyed the Snickerdoodles I’d baked and requested the recipe. How could something that took such little time and effort equate to Jack’s level of gratitude and appreciation?

Jack was a wonderful role model and there were many lessons I learnt from him.

Surround yourself with role models who inspire and make you a better person.

Posted by Andrea Stringer at 00:21